Bulletin of the Karaganda university 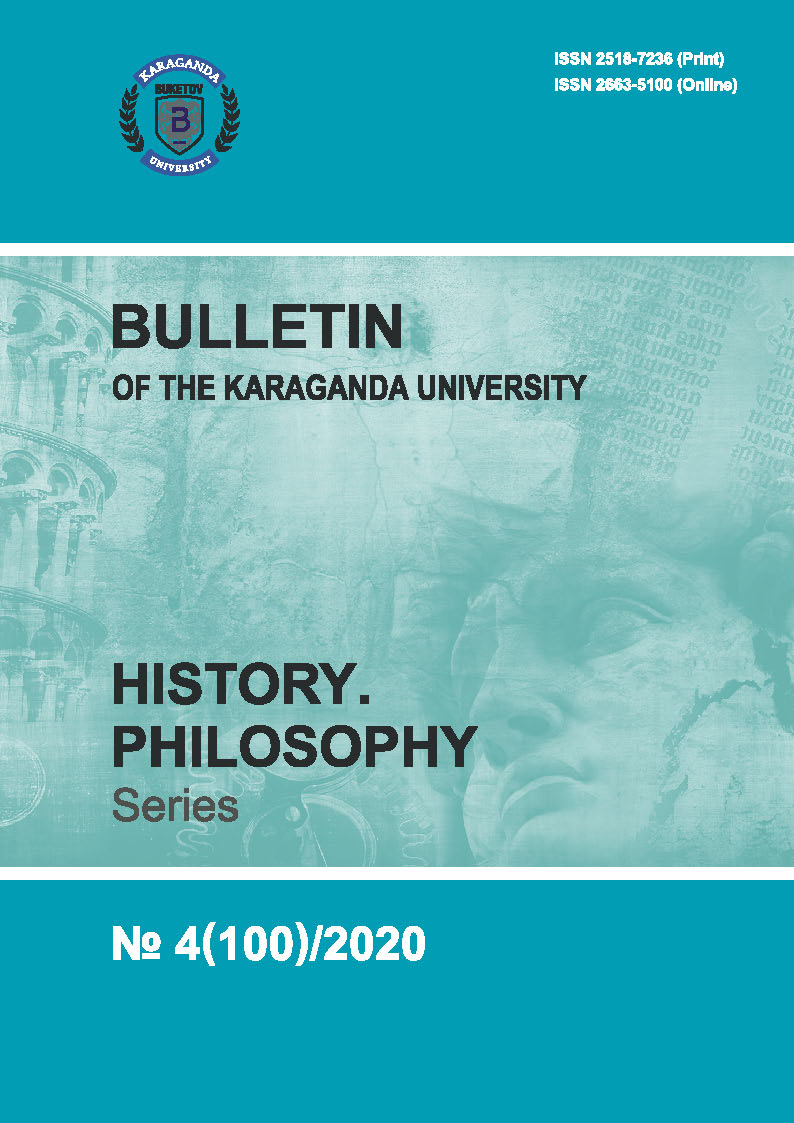 The purpose of the journal is to publish the results of scientific research on topical problems of history and philosophy in the original articles of the authors, to contribute to the development of international scientific cooperation, to strengthen the role and importance of historical knowledge in society, to solve urgent problems of the social sciences and humanities.

The objectives of the journal are to create an open platform for scientific discussions among scientists; expanding the availability of research results of scientists and the exchange of knowledge and professional experience between researchers; the formation of a new view on the history and place of Kazakhstan in it, based on modern scientific approaches and a wide range of historical sources.

Publication policy “Series History. Philosophy” is determined by the main tendencies in the development of historical, philosophical, social and humanitarian sciences in general and interdisciplinary knowledge in the XXI century. The processes taking place in the modern world determine the main priorities of scientific publications. Series “History. Philosophy” is focused on the presentation of the main achievements of national and foreign scientists in the socio-humanitarian sphere.The relevance of published articles is confirmed by the fact that the series “History. Philosophy ”is also a dialogue platform on the main problems of modern society regarding the development of spiritual, cultural, historical, philosophical, religious studies, sociological, political science, educational, psychological scientific trajectories. Series “History. Philosophy” provides an opportunity to publish not only venerable, well-known scientists, but also young researchers who continue the traditions of academic science or create original ideas about the ways and forms of cognitive heuristics. The publication is aimed at a professional audience, as well as a wide range of readers interested in worldview problems and the current socio-humanitarian situation.

The scientific journal of the Bulletin of KarSU ”Series History. Philosophy” is included in the base of the Committee for Control in the Sphere of Education and Science of the Republic of Kazakhstan. This publication is issued four times a year (once a quarter).

Headings of the “Series History. Philosophy”: